I don’t want to scare you, but have you seen the zombies?
They are everywhere, you’ll find them in your town, in your street, and there’s every chance that you’ll wake up in the morning with one sleeping next to you.

Make no mistake the zombie apocalypse is already upon us, the whole world is overtaken by zombies and the living dead are in the massive majority. They walk, they talk, they rush about, but there is no one there. Their bodies are there, but their eyes are all glazed over, their minds are somewhere else and they are lost in a dream.

It’s not their fault, don’t blame them, they don’t even know they are zombies, they think they are awake, but they are not really, they are sleeping. They are so possessed by their minds that they think the dream is real, they think those voices in their heads are who they are and they have forgotten how to live. They experience everything through words and concepts and have forgotten that the world is a sensory delight.

Poor lost souls, they think the past and the future are real and they spend their lives there. Their minds drag them back and they propel them forward, they cannot see the glory of this moment. They cannot see it because they are not here. The present moment, the only place where life really exists, is cast aside as irrelevant, they miss the miracle of existence and are barely alive at all. Poor lost souls, they don’t understand that the past and future exist nowhere other than in their minds.

Zombies live in purgatory, they are neither alive or dead, trapped in unhappiness, consumed with loss hurts, regrets and disappointments, not realising that they are creating this suffering for themselves by living in the past. They re-live trauma and feel that suffering over and over again, they miss the magic of the light shining through trees, they miss the child’s smile and the sensual delight of the autumn breeze, they miss it all because it can’t be seen through their unhappy story. They will hold onto resentments sometimes for years and even generations, feeding their grievance and poisoning their lives, they can’t feel the richness of this moment because they have killed it in the belief their resentments serve a purpose, when in truth they are only hurting themselves and poisoning the world around them.

Have you seen them rushing around, condemned to roam the earth consuming it’s resources in an endless search for fulfillment? Poor lost souls condemned to run through life ever chasing, chasing, chasing, looking outside of themselves to find themselves, but only finding more wanting. They run through their lives towards old age and death, having never been still long enough to have ever lived at all. What are they looking for? Where are they going? They live in the future, because they think it’s real, they think the answer is in the future, they think they’ll find themselves in the future, but there is no future, there never will be, there is only here and now, so they are condemned to roam the earth looking for themselves.

Have you seen how the zombies look so afraid, faces ashen white, all twisted and distorted with fear. But they are safe, nothing is there in reality that will hurt them, but they are consumed with worry because they are being attacked by their minds. They can’t see the hopelessness of trying to control a future that doesn’t exist, with thoughts that don’t leave their heads. They think the dream is real, they run worst case scenarios, have imaginary arguments and fight imaginary wars and struggle with imaginary disasters. So lost in the mental drama they are hardly alive at all.

Zombies don’t see the world as it is, they can’t see the beauty and aliveness of this moment, they can only see the projection of their minds. The truth of this moment is filtered by the fog of their judgements, their opinions, their prejudices, their culture, beliefs and past conditioning. They think that their minds interpretation of reality is the truth and some of them will kill you for not sharing their illusion. They might call you a denier, a heretic or non believer and they think that if you don’t share their mind made reality you must die, but in truth they are already dead, because their minds have killed them, their judgements have cut them off from life and there is no one there behind their empty staring eyes.

Stay away from the dangerous zombies, have nothing to do with them, they will suck the life out of you. But there is hope for some, because most Zombies are not yet completely dead, they still have a chance at life, in fact some of them are even starting to wake up. Right now quite a few Zombies are starting to stir from their sleep, and together we have a real chance of defeating the Zombie Apocalypse.

You’ll recognise awakening zombies because they will recognise you, they will sense your aliveness and make themselves known. It may be a glint of life in their eyes or a feeling of connection, they will be drawn to you and you’ll recognise them for sure and if you come across a zombie who isn’t yet quite dead you can wake them. Loud bangs and sudden shocks and genuine life threatening situations will wake them for a short while, and can be used in an emergency but they will likely fall asleep again soon after.

I prefer the more subtle methods, you could simply encourage them to be mindful, you could remind them of what’s real right now and make them stop and notice what’s here. Make them taste their food, make them feel their feet on the ground when they walk, show them the light in the puddles and make them feel the breeze and as you do so you could hold a space of no mind, and in that space something magic happens, there is a glimpse of awareness, a spark of life is ignited and the Zombie starts to come back to life.

So if you wake up next to a zombie, don’t despair, forgive them for being asleep, gently wake them from their slumber, make them a nice cup of tea and show them how to mindfully enjoy every drop. 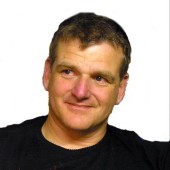 What do I really know?

Trust and a Puffer Fish

The Good, the Bad and the Ugly